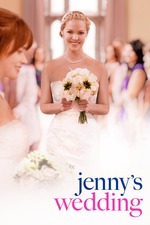 If you are in the closet, you are not lying.

Let me reassure you. The closet is not a lie. It is self-defense. If you aren't comfortable coming out, remember this: they did this. They built the closet. If you don't feel safe, don't come out. It's difficult to come out. I'm in the process myself, slowly but surely, and it's one of the scariest things I've ever done. They built it, though. They made it necessary, so if they dare, dare, dare to suggest that you were wrong to lie to them, then

They made the closet. Let no one judge you for being in it. Come out when you're ready. We've done our fucking part. We're on TV now! We're playing your stupid fucking games! If you're still in the closet, it's because they haven't caught up. It's not a lie. It's their poisoned delusions of how we are and what we should be, and survival requires of us abhorrent limitations that they cannot fathom. So if they have the gall to suggest it a flaw on your part, if they on their privileged high horses suggest that you were wrong not to trust them, well, they can die in a fire.

Yes, this film is not exactly sympathetic to the idea. Yes, it has all the straights coming around eventually, saying what the filmmaker thinks is the right thing. Yes, the film has, in the most heavy handed way, the gumption to force a reconciliation that positions most of the hurt feelings on something other than Heigl's sexuality. But it never apologizes for nor suggests that the "lying" isn't actually wrong. It never backs off from the straight parents' POV long enough to truly acknowledge the validity of not coming out before you're ready. Instead, it bundles these secrets in with other family baggage and has Heigl weakly object.

That's only its first sin.

Its second sin is that it predicates reconciliation on marriage. Daddy wants to see his little girl get married (after his dude friend convinces him of it). It's assimilationist claptrap, this suggestion that the path to acceptance (ugh) is to act more like straight people. Yes, there are plenty of gay (and trans) people who want to be married, but making it the tentpole issue of the civil rights movement only serves to marginalize those of us who are not so much into marriage. This is to say nothing of how marriage is a sexist, capitalist value, but let's not digress--I'm hypocritical enough to love a good wedding, anyway. This is the Supreme Court's fault. This is the fault of you and your fucking rainbow flag Facebook icon, too.

This film is heterosexist trash.