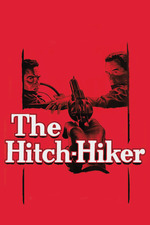 Faces suspended in a void have nothing but their own grim performances to convey. The desert setting does not serve to create the touted claustrophobia; it's the shadows, the darkness that encompasses them in open spaces, around campfires, under the stars. Light only shows the most prominent clue to their emotional states and nothing more, leaving the viewer trapped intimately with the three men. When the light returns, the wide open spaces offer barrenness. The feeling isn't claustrophobia; it's preemptive weariness at the thought of that sweat-drenched, dry-mouthed, rock-scoured journey.

Others speak of the tension, but it becomes clear early on that what these men face isn't death. They face torment. Their lifespans are defined by how long an arbitrary and cruel master finds them useful. This same master repeatedly extols his own greatness based upon his individual status; he scorns the men and their need for others, their helping of each other. They face the torment of all working class people, to serve under a boss who sees them only for what they can offer. He even tells them their only way out is death; the capitalist system will eat them alive.

The other possibility is that this is a purgatorial trial, purifying them so that they might live despite their original sin of marital truancy. Turning south, avoiding the bright lights, keeping each other afloat in the sun-baked sandscape, that look they give each other in the end. Less explicitly queer than Strangers on a Train, but a determined reading could see it in there. All secret activities are code for queerness when two men abandon their wives for them (the one who shows most regret also has kids). They never do manage to go fishing.

A Million Miles Away