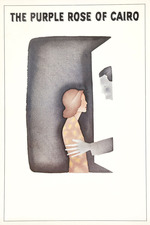 I will readily admit I did not expect to like this, but of the Woody Allen films I've seen, I've never been knocked down by any of them. I enjoyed Sweet and Lowdown, but most of that was on the basis of the music. It has been convenient to me that I have not been a fan of his, as it allows me the luxury of not having to discuss the scandals surrounding him in any detail. To be honest, I wasn't overly familiar with them until the last few years when they resurfaced. "Separating art from the artist" is often the chorus sung in these cases, but I've never been a fan of that idea. I am fully capable of it (see my love of Michael Jackson or Led Zeppelin), but I've never found it to be necessary or even noble. Indeed, if I bring up my love of them, I will at least mention the allegations and transgressions they were responsible for or surrounded by. I am not married to any one way of interpreting art of any kind, but I am certainly interesting in the ethical side of film, and certainly in feminist interpretations most.

I have no faith in the criminal justice system, especially not in regards to rich, white men. The evidence one way or another is rendered meaningless after it is filtered through media, public opinion, and even the court systems. No matter what the evidence was at trial or as presented in the newspapers, it remains hearsay. This is always true, but especially so when celebrity and media giants are involved on both sides. We're left with nothing but faith in our own instincts and intellect, and mine leave me with a sympathy for underdogs. I don't care if Woody Allen is guilty or not. I feel bad for Dylan Farrow and want to believe her, if for no other reason than someone else is calling her a liar. I am inclined not to like Woody Allen because of this, and his films become harder to like. The fact that I haven't been a fan simply allows me the luxury of not seeking out his films and having to address this.

So, of course, I am friends with a big fan of his. This friend and I are both lovers of film, but we rarely interact directly on the subject. His tastes and mine intersect, but not in a big way. I recently instigated what I call the "Three Film Challenge," where people challenge others to watch and review three films based on certain criteria. My friend, who goes by the name The Narrator online, challenged me to view three films by directors I do not like. I gave him a list, and he chose films by three of the directors on that list. This was the first of those I watched. As far as I can tell, he despises hearing about Woody Allen's scandals when people discuss the quality of Woody Allen's films, but it can't be helped. This is the elephant in the room, and so, it will impact the viewing experience. (Let me make it clear that I adore The Narrator and respect his method of film-viewing, and though my methods and experiences are different and almost antithetical in some ways, I mean him no ill will by basically writing everything I know he's gonna hate.)

In fact, I think that's the fairest way to describe my approach to watching films: I seek not to create a context to watching, but I wholly embrace whatever context exists. If I am inclined to like or dislike something before hand, I don't fight it. If I get caught up in hype, I enjoy it for what it is, and if I am turned off by hype, so be it. If I have read reviews before seeing the film, I dwell on them if I recall them during the filming, and if I find myself thinking about other things while watching a film, I incorporate that into my experience. I'd say that there's no wrong or right way to watch a film in my mind, but that's not entirely true. One of my roommates watches movies by turning them on the television then staring at her phone while they run, and that makes my fucking blood boil. But this, too, is relevant here: the watching of the film is crucial, because thinking about it and processing it and applying or rejecting its ideas are just as much a part of the experience as anything else.

Which is why, perhaps in light of my expectations, I kinda hated this movie. I am absolutely the first person to admit to using films as an escape. I have talked about it extensively, but I have never been wholly comfortable with the idea of "escapism." I rather prefer to think of my recent experience in film-binging as coping not escaping, and Letterboxd's convenient forum for analysis, reflection, and processing in a public sort of way offered me a key part of that coping. So this film's celebration of the escapist elements of film touched a nerve with me. Perhaps, perhaps I am merely lying to myself and refusing to accept that I am like Cecilia, running from my problems by sinking myself into film. Perhaps I don't want to admit Woody Allen has a good idea. I admitted at length above that context colors my perceptions. But I certainly felt condescended to as this film ended.

It looked like it was going to have a profound ending, to be fair. It almost won me over. The vicious cut was precisely the right direction, but Cecelia's reaction was disheartening and... offensive. She is shown to use film purely as escape, letting her problems fester. She finds strength in the film in a few small moments, always as a reaction to the men around her, to stand up for herself. She is depicted as nearly powerless. So when she makes a choice in the end, it seems like the film is finally showing that she's more than a simpering cipher. But her ultimate reaction, the final moments, suggest that she has learned nothing, that she has gained nothing, that she is nothing but an escapist after all. My experience has been one of finding a voice and regaining my emotional bearing, and I wanted the same for her. I didn't need her to find romance or some ideal love; I just needed her to have a moment of meaningful agency. And the film could not be fucked to give her that much.