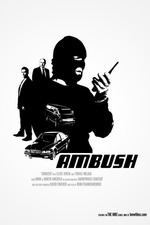 well this is a neat surprise.

i look up Clive Owen here to see what movies he's done and at a certain point i come across a string of movies all with the same poster. i look into it and it turns out that back in 2001 the entire internet was going crazy over BMW's new glorified advertisement short films - then i looked further into it and saw the names attached to them. shit's crazy.

now i'm actually watching. the series debut, John Frankenheimer's Ambush, isn't stellar or anything, but it's a solid little car chase scene, nothing more, nothing less. it's admittedly not extraordinary, but when you consider it was an ad for a car company made all the way back in 2001 it's a little more exciting to think about. "The series... had changed the way products were advertised," so says wikipedia.