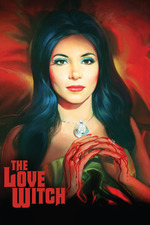 edit #1: (08/27/21) this dude i lowkey liked has been telling me every detail about his feelings & struggles and i feel like elaine good grief (guys he told me he likes girls that look like maya hawke and it’s the fact i’m the complete opposite HELP)

edit #2: (09/01/21) im using this edit as a personal diary thanks <3 !! update: dont kill me but was lowkey inlove w/ that dude 😍 and then i have to find out two hours later that he was a fucking cheater i’m gonna kms. he also shamed me for not smoking weed i need help (he’s also my mutual #1 on snap lord beat my ass)

edit #6: (09/11/21) (this is a big entry brace yourselves besties) OKAY so this boy goes to another high school so he’s barely on snap during the weekdays and yesterday he sent me a vid of him in school (alexa play “pretty boy” by the neighborhood) and then i sent him a pic of my airpods being like “airpod af” and then he sent a photo back being like “i win” and he was holding up his lil airpods so i told my friend to take a photo w me hold hers and i was like “i actually win ❤️“ and he was like “fuck” and idk i thought that was cute. then, it’s night time and oh boy. he’s snapping me telling me about his day (he was out w his friend) and he asked me if i was single 😃 i thought he was gonna ask me out or some shit and he says “i’m talking to someone, but my friend is really cute” (update: he doesn’t even like the girl he’s talking to but we’ll get to that) and he’s telling me that his friend wants a gf so i said no lol because i want him (his friend is not cute lol) 🥲 and then i’m asking him to tell me about his lil girl situation and he was refusing to tell me and THEN (this is where i passed out) HE CALLED ME FUCKING HONEY 😜 (he said “honey no i don’t wanna talk about it”) i was going to actually fucking faint. and then i was like “you disappoint me g i thought we were homies” (his name starts with g lol 😍) and then he was like “you’re my homie but i don’t even tell them about the girls i’m interested in” and then i said that i was special and could be his wingwoman and then he told me his situation but he wrote it in fucking french (he speaks french lol 😏) and then i said “i give up just call me or something” and then he was like “fine i’ll text you” and then turns out there’s these two girls, one that he was talking to (he’s cutting it off w her because she’s a homie hopper 🥸) and some activist in his french class and i gave him some advice on how to talk to her and was tryna act like i wasn’t interested in him lol 😐 he called me a good friend and shit so i’m happy but i’m still wounded 🤧 but he’s a boy who doesnt fall in love deeply but when he does, it’s HARD so i’m hoping we’re gonna be some friends to lovers shit i just gotta work hard 😌 i’ve also been stalking his snapscore and when he snaps me, it’s ONLY me and he snaps back everyone else like twice a day kinda happy lol 😚 and then he posted on the ig and i was like “cool photos !!” so hopefully he falls in love idk 😩 ill keep y’all updated besties 🥶 xoxo 💋

edit #8: (09/13/21) get this man whore away from me. all he has going for him is his fluffy hair and hands and his rings but otherwise fuck him. he calls me silly in a flirty way but then when i try to talk to him he curls up and becomes dry like wtf. and then i try to talk to him about his day and he doesn’t tell me shit? like huh??? and then i’m like “what are you up to rn?” and hes turned me into his therapist again??? like he tells me how that he wants to be in a relationship but instead hes “too picky and likes to pick out flaws” in girls that like him and i’m like dude- i tell him that you have to have love come to you and you can’t constantly try to look for it and now this man baby is even more dry 🤨 like hmmm maybe girls aren’t the problem and instead it’s you!!!! like what the actual fuck this cunt is so unbearable-
anyways my lowkey ex??? (we were friends but there was definitely more 😀) saw me at lunch and talked to me so maybe i’ll talk to him until i get bored again LOL. #sagthings #commitmentissues #norelationshipforme

edit #9: (09/14/21) im going to jump off a fucking cliff that little shit ass fuck manwhore cunt dick bastard pussy tit. i’m going to actually fucking kill myself fuck fuck fuck fuck. i hope this boy rots in hell. so we both work today (we don’t have any shifts together for the next 1-2 weeks thank god) and you know he pulls up looking hot as fuck — his back profile UGH 😭 — anyways, so i was chillin at the place he has to go to check what till he works at and then he didn’t even look at me or say hi 😃 he talks to my fucking manager instead and completely ignores me like OKAY???? and then i go for my break and i come back and this mf won’t stop staring at me 😐 like he’s turned around and shit he’s so obvious??? and then at work they asked him to help organize some food bank shit and immediately he’s striking up a storm and laughing with some random ass girls 🤨 and i march my ass over there because i’m friends with one of those girls and i’m just like “heyyy i’m bored can i help y’all out” and he literally fucking said “no” 😃 then he was like “just kidding mhm” and i was like what the actual fuck? and i was like “okay what can i do” and he said “unload this box and throw it out after 😐” and then i got sent back to my fucking till. flashforward to like 25 mins and i get to finally go fucking home thank god. i go back to where they were to ask the one girl i’m friends w to give me a work application for someone and he just fucking doesn’t acknowledge me???? he keeps packing his food bags and then he moves and all he says to me was “excuse me” ???? like bro you fucking told me about your deepest fucking problems and now i don’t exist????? fuck you g ❤️

edit #10: (09/22/21) okay hi guys. i just kinda wanted to come on here and just figure out some things. as of rn, i have decided to only keep platonic intentions with g, i know there are so many circumstances coming in the way of ever dating him so i just wanna focus on becoming better friends with him. i have been talking to him recently by giving him girl advice, general conversation, all of that jazz. do i still have feelings? a bit, but i won’t let that rule over me. thank you to everyone who’s stuck around for my review series. peace and love, grace <3