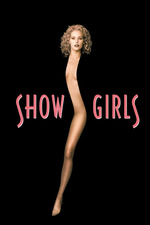 Camp and tragedy are antitheses. There is seriousness in Camp (serious in the degree of the artist's involvement), and, often, pathos. The excruciating is also one of the tonalities of Camp; it is the quality of excruciating in much of Henry James that is responsible for the large element of Camp in his writings. But there is never, never tragedy. (Sontag, 1964)

this has been taunting me for a few years and it feels right to finalize a verdict now that we've reached a stage where trash is embraced as meritorious art with unabashed sincerity; hurts that it doesn't work on as many levels as you'd want it to but moreso that even its stronger side is so vehemently heteronormative and white-inclined, at least there's something here though! the salacious neo-noirs and softcore genre films of this era (body heat, wild things etc.) all have at least one thing in common: their titles suggest the morphing of their base conventions with daring displays of pornographic imagery accompanied with erotic intrigue. there's this mystically consistent psychosexual tonality these films manage to pull off; vibes operating at their own pace, one that's much more enticing than that which the explicit spectrum (of distanced and closely intimate voyeurism) across which actors' forms are laid bare, tends to follow. these films usually do right by sex as visual spectacle—meaningful and demonstrative of carnal duplicity—the execution is beautiful here (though its textual understanding of what sex work actually entails is somewhat disjointed) but showgirls really fumbles in approaching the femme fatale: verhoeven and his sex-positive contemporaries are no strangers to the likening of sex to a weapon of death, an object that can potentially manoeuvre the oppressor into a position of subservience but this is far too entangled in its satirical mechanisms to pull that off. it's frustrating because he'd nearly perfected this idea three years prior with basic instinct and de palma would go on to do even better with femme fatale and the black dahlia, this just shields patriarchal homogeny rather than exposing and tearing it down. the economy of exchanging desire has always been male-oriented, an insurmountable majority of these transactions takes place between males whilst requiring a plus-value added to the body of the commodity, a supplement which gives it a valuable form. that supplement is then found in another commodity, whose use value is then considered a standard of value. so commodities speak dialects; languages which are alien to their "subjects", it doesn't matter as long as they stay preoccupied with their respective values and that their remarks confirm the exchangers' plans for them. the body of a commodity thus becomes, a complex reflection of its value that only another such commodity can decipher. both private and social realms maintain stability through the possibility of determining values, durations, expectations, sequences, connections and qualities to all events: the social value of reproduction, for example, is a function of the private status of the individual—which is why single mothers or married women who don't want kids and women who want neither children nor husbands are an abnormality in this economy, since in not being privatized within the family, they can't be socially commodified. showgirls serves well enough as a marxist treatise on all this and more but the problem with nomi's femme fatale arc is pertains to the aforementioned weaponization of sex being attributed to queerness above all else. nomi is a fills the role of femme fatale just fine (a multifaceted vixen possessing near a near supernatural ability to catalyze fear and desire that doesn't unfermine her femininity, vulnerability, humanity or susceptibility to personal insecurities) but she's still a heteronormative vessel at the end of the day because the film's primary associations with lesbian desire inherently imply delinquency, narcissism and misandry. these pervasive elements of sexualization internalize the male gaze rather than outwardly exposing it as a force that can be destabilized because verhoeven essentially affords nomi the choice to play the role at the expense of those who stuck by her throughout the journey in spite of their own struggles, wherein lies the gratuitous issue of her final enlightenment being achieved through the brutal rape of a black woman—in response to which she acts as a force of vengeance when none of that shit ever needed to even happen for the film to make its point... but nonblack "radicals" can't resist such indulgences in black suffering and it's just disappointing rather than surprising or even remotely anger-inducing, so this isn't pointless but it is somewhat revolting in spite of its beauty and relatively pure approach to femme loneliness—which is only as invalidated by this ending as you want it to be—not to mention it'll remain continually superior to 99% of modern films that attempt this kind of narrative. i'm sure there's a lot more to this as a (kinda depressingly autobiographical?) genre film but i'm not interested in spending that much time ruminating over a film that detests my black ass this much 🤷🏿‍♀️