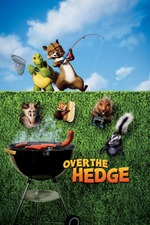 After watching Schaffrillas video on this film, I decided to give it a rewatch seeing as it's readily available on HBO Max. I remember really enjoying this film as a child, but kind of warming off on it after the general public just kind of forgot about it. It wasn't Kung Fu Panda or Shrek, so nobody ever mentioned it. But seriously man, this DVD disk got beat to death as a kid. I especially remember playing the little special feature games they had on the DVD (remember when physical media actually had special features?).

Anyway, Schaf's video says it better than I ever could but this film just has a certain charm about it that is sorely missed from modern DreamWorks (and any animation studio, that is). Its humor occasionally detours into gross-out humor but it's a lot more infrequent than I remember. A lot of the humors is just cheeky, but never corny in my opinion. Yes, it doesn't quite reach the excellent heights of DreamWorks' best but it doesn't have to! It's nice that DreamWorks occasionally has these stand alone films that are just great.

Also hot damn, is the voice acting pretty perfect? Bruce Willis actually sounds like he's trying. So much so, that I found it hard to believe it was him. The only slightly annoying character is Carell's Hammy, who isn't as overbearing as I remember. This movie will absolutely make you crave junk food (I usually avoid Doritos and the lot).

Lastly, HOLY SHIT THE BEN FOLDS SOUNDTRACK IS FUCKING INCREDIBLE!!! I remember thinking so as a child but oh my god, all these songs are living rent free in my mind after all these years. "Rockin' the Suburbs" in particular is just a certified hood classic. How were none of these nominated for any Oscars? Or the movie itself?