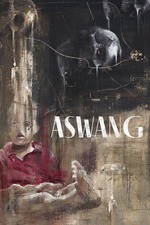 Very strong documentary from director Alyx Ayn Arumpac, put this on your female director lists, kids.
Alyx weaves a thick atmosphere while still making sure the people affected by Duterte's drug war get their say and while I knew about probably the most intense sequence/worst thing that happened that is not outright murder (yet), but it was not any less effective.

It's utterly outrageous what Duterte and his killsquads are doing there, supposedly in the name of the law and out of concern for citizens, while dehumanising and completely stripping large parts of the poor of their dignity and lives. Aswang lets the facts speak for themselves. And what grim facts they are. Holy shit.