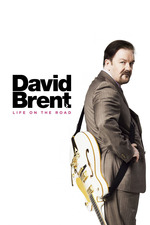 David Brent: Life on the Road

There’s a moment towards the end of this where Dawn substitute Karen spells out that underneath the bluster and bravado, David Brent is an admirable man and an optimist and we should all love him accordingly despite his human faults. The Office got to this conclusion carefully by taking Brent to the brink of self destruction and loathing and then delivering one of the sweetest and most surprisingly effective emotional moments of redemption in comedy history. This film however has to get someone to simply spell it out because the film has done precisely no work getting us to this point

The weirdest thing about this film is at heart it’s a meta commentary on Ricky Gervais desperate need to be liked and appreciated. A corner of his fandom love him however many shitty live DVDs or Flanimal books he knocks out. The rest of us tend to see him as a case of diminishing returns, even more so without Merchant. And that must really rankle. But nothing most rankle quite like one Alan Gordon Partridge

Partridge is rare as a comedy character that he starts off as a one note David Coleman parody and then through the chat show and I’m Alan Partridge begins to become a real person. But the real rarity is that through Coogan’s work with his second team of writers, the Gibbons Brothers, we have managed to find humanity and likability among the ridiculousness. The film gives him a sort of ridiculous hero’s journey and a sort of chance at redemption, while still being an idiot. But the final episode of the first series of Mid Morning Matters is better still. Coming after Alan fires Sidekick Simon in a fit of jealousy, he gets a new sidekick Zoe who he becomes absolutely besotted with. And rather than go down the usual route of Alan fancying women, he becomes all awkward and tries for gentlemanly behaviour and gallantry. It doesn’t work but it’s a beautiful example of someone finding heart in a once two dimensional character

But this... this is Gervais’ trying hard to develop Brent along the way that Partridge has blossomed but, forgetting the fact we already had that ending for the character, it’s almost like Brent as a tribute act to himself. The jokes are forced and fail to land, the concept of the documentary hasn’t been remotely thought through, the songs are mostly pretty fine when they’re not the usual ham fisted gags of the likes of Equality Street (although a musician friend did note that all the songs are actually full of American cliches which is actually a nice touch even if a rather sorry glimmer of the better film we could have had) and the film goes exactly where you thought it would: Brent humiliated himself and drives a wedge between him and his only friend in the band (Dom) but gets redemption in an amazingly forced ending where suddenly everyone finds him charming again

What amazes me is that Gervais making this film is as much an act of hubris as Brent hiring a band to prove himself as a musician. Either it’s a brilliantly meta joke and Gervais intended it all along as a commentary on his own persona... or it’s what we all at heart know it is - a shit comedy that completely fails, and indeed spoils, a beloved comedy icon