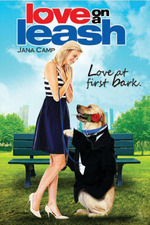 Love on a Leash

Task: Watch a movie where the main character goes on a self-discovery journey.

I knew exactly what I was getting into when watching this film, but it ended up being even funnier than I expected. I legitimately haven't laughed so hard at a movie so hard since the last time I saw Spy Kids 3 (which is really saying something because Spy Kids 3 is the best movie).

The only thing holding the movie back from being my absolute favorite so bad it's good movie is all the human stuff, any scene with the talking dog is comedy gold in the weirdest and most fun way. All of the human stuff is just cringy and stupid but when the dog is on screen, it reaches disasterpiece levels.

Also the movie has no soundtrack, any scene with no dialogue has literally no sound, it's baffling.

Go see this movie, best dog movie for sure. Mark my woof.