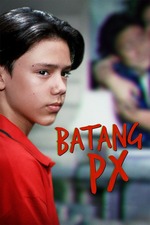 Ahh the melodramatic cinema of bad filipino fathers, a staple of teleseryes from who knows when

I admittedly grew up a quiet sheltered life, only experiencing the plights of the struggling classes through the cable television playing in the background as I played generations of Pokémon on my Nintendo handhelds over the years. I was disconnected from the world just outside the gates of the village, though I had heard many stories from the househelp that raised me confirming that many of the tropes were true.

And in a similar fashion to this film, I was brought up by a single mom, left by an American who later decided on raising another family in the greener pastures of the homeland. Circumstances were different but the result was similar. He wasn’t a soldier. Fortunately my life never devolved low enough for me to pine for a white savior to climb back up and take me off and away from this tower of third world solitude, as what eventually happens here. I had a pretty good upbringing, surrounded with family and friends who loved and collectively raised me.

This is okay, pretty maudlin and over the top with an unevenness in tone from scene to scene that’s occasionally jarring, though it features a star performance from burgeoning teen heartthrob Patrick Garcia that mostly keeps the movie together.

I wonder what’s with these same tired abusive family dynamics that captures so much of the Filipino imagination—that it could be exploited hundreds and hundreds of times on television and film and still manage to attract audiences must say something. Mostly they boil down to one thing: ang pagsusumbat ng utang na loob.

The best I can describe it is the tallying of deeds that one does for another over the years and using it later on as a way to justify attaining the other’s unabashed obedience. Most of the time they come up in confrontational arguments when each participant starts naming off things they’ve done for the other as a way to one up them into submission. There are rarely winners.

Just realized I’ve been going on for a while on this review so I’ll go now,

the movie’s ok, a bit mawkish but fine