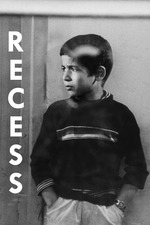 it sounds like some of the others who reviewed this on here didn't even see the short, as many of their descriptions include the non-existent scene of the boy stealing a ball of some other kids and making a run for it, as mistakenly delineated by the short letterboxd blurb

it's not even questionable, the short opens up with him already with his ball by his side as he gets punished by a teacher for breaking a window. later on when he meets the older kids, he is seen holding it as he approaches them playing soccer on the streets, to which he kicks their ball away and gets chased after

anyway, kiarostami is a lot more ambitious stylistically in this short, even featuring a crane shot or two (which i don't recall seeing a lot in his later films) of a school-full of kids as extras and long takes of someone getting from one place to another (the entirety of his first major international film where is the friend's home? fifteen years later)

entertaining short, looking forward to next seeing his feature debut the experience