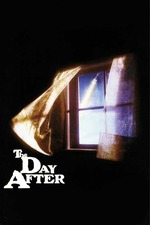 I've been meaning to get around to this for a while, largely because of the mythology surrounding it. I'm endlessly fascinated by movies people thought were portraying real events, and while this doesn't have the chops of a Blair Witch Project or Punishment Park, it does do a lot right.

Even knowing the response to its original airing, I wasn't ready for how bleak and hopeless--and as a result, honest--movie it is. At no point does it bother dabbling in "things will get better!" or "Americans will come together in a time of crisis!" messaging. It's just two hours of things getting progressively worse as attempts at holding social structures together fall apart. What little hints of governance are left are just as brutal, be they a roadside firing squad or an uncaring address from the president.

Which is why it works! It nails the tone really well, but more importantly is brutally honest both about the impact of a nuclear war and how poorly prepared the atomized, antagonistic American people are for a crisis. Oddly prescient, almost a year into a global pandemic our leaders and culture have only worsened.

And while the movie definitely feels slow, I do appreciate how little actually happens. There isn't really a plot, or even character arcs. After all, what story is there to tell in the immediate fallout of a nuclear holocaust? All that's left to do is capture the aimlessness of what's left. We're never even shown the ultimate fate of the characters, because it simply doesn't matter. Maybe some things will be salvaged, but life as we recognize it ends when the nukes go off.