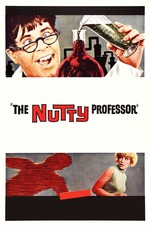 “If you don’t think too much of yourself, how do you expect others to?”

I love that this is Lewis’ biggest legacy. It’s not his funniest, or his tightest, or his most personal… and yet, at least from what I’ve seen, it’s his most endearing — his kindest and most sincere. It’s a thinly veiled metaphor for substance abuse and the ways our insecurities can lead us into toxic places.

I think the finale really brings it together. Seeing him with braces is great — a sign you can always work on yourself without abandoning who you are. But also seeing that his father is basically Buddy Love (I.e. abusive) really contextualizes who we idolize and why in a neat and efficient way.

Also side splittingly hilarious with great gags and a quirky central character. Even if not his overall funniest it’s maybe some of Lewis’ best *written* comedy? So many little one liners had me cackling more often than his typically great physical mannerisms, which are surprisingly more played down here. Kelp’s goofy voice and goofy demeanor really make me think think has got to be Sandler’s favorite Jerry Lewis, right?

Also Edith Head!! Thank you for making me want to go buy a ton of multicolored suits!