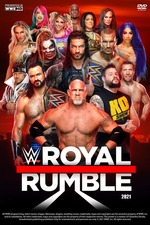 Used to be a massive WWF fan back in the day. Nowadays this is the only event I'll still come back to - love the format.

But it's clear the model has gone stale and there a few things needed to up the ante once more and make this feel more like an actual competition;

- Lose that 'both feet must touch the ground' rule. Been a get out of jail free card for too many for too long

- If someone slips out of the ring by any other means than over the top, ten second rule should apply. Hiding under the ring went out in the '90s

- Even by it's own silly standards, the fact eliminated contestants and non-competitors can eliminate live contestants is nonsense

- The last four 'narrative' in dire need fo something different

At this point it's unclear what the referees are actually there to police beyond the two-foot rule. Dated beyond belief.

I don't keep up with the roster anymore but, outside of the classics, Rollins and Strauman are standouts among a seas of forgettable faces.