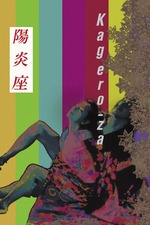 I like going through reviews for the Taisho trilogy because they splay all over the map, resisting consensus. The films are very cryptically presented, so those who didn't pay attention are weeded out by their vagueness, while others can't even agree on which film is harder to understand than the other, let alone whether or not they're about anything. Here I'm more specifically referring to this film's reputation as more confusing than the preceding Zigeunerweisen: I feel precisely the opposite. Both films can be understood, on some level, as narratives. But Zigeunerweisen reflects the rambling process of its creation, Yôzô Tanaka wandering to Suzuki's nearby home to play go and assemble the script over an extensive period of time. It's digressive like a winding conversation, offering multiple thematic lines for consideration: (to use my original wording) the internalized rhythms and fumbled communications of male friendship across years, symbiotic ethical decay, and slippages of identity across the porous boundaries of personality. To this you can add, critically, the Westernization of Japan, and the abuse and attempted control of women. Kagero-za reiterates all of these themes but focuses more intently on that last point. Like Zigeunerweisen, characters live the fantasies and dreams of others, but here it's more explicitly about control. It matters whom is forced into whose design. The rich Tamawaki forces all into his play; Shinako manipulates Matsuzaki for revenge on Tamawaki; I(re)ne re-directs Shinako's manipulations and uses Matsuzaki for her own ends. In case these movements were missed, a children's play is staged 3/4 of the way through that recapitulates these points, and re-stages our players for the closing of this system of plays on top of plays. And always the play-write himself has the least agency, is the most thoroughly an actor in others' dramas, pre-ordained to fill a role he resists until the final scene. His asserted individuality is assimilated, and he becomes part of the pattern: "In death I shall be known as 'square', 'circle', 'circle', 'triangle'."

A film I suspect will reveal new sides to me as I read more of Kyoka's work. As it stands, one of my favorite contraptions in cinema, an anarchic puzzle.