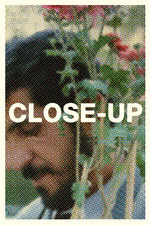 in The Meridian, paul celan writes about a pair of poems:

"Both times I had written from a '20th of January,' from my '20th of January.'"
I had... encountered myself.
Is it on such paths that poems take us when we think of them? And are these paths only detours, detours from you to you?
But they are, among how many others, the paths on which language becomes voice. They are encounters, paths from a voice to a listening. You, natural paths, outlines for existence perhaps, for projecting ourselves into the search for ourselves. A kind of homecoming."

Portrait of a Lady on Fire