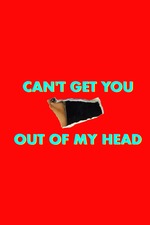 Adam Curtis's best documentary since The Mayfair Set. A grand synthesis of the last 25 years of his career, and argued (mostly) with a lot more clarity than his last couple of films. I am more than a little tired with the claim that he "makes the same film every time": consistent interest in certain themes, and a distinctive form and style are not sins, especially when most widely-released documentaries now are Netflix true crime trash. The carping about "manipulative editing" is odd, too: I've never felt dragged to one emotion or another while watching his films, it is perfectly right for a documentary maker to edit in order to build a narrative, and we also now live in possibly the most manipulative media landscape to ever have existed in history - what's so special about Adam Curtis?

With that out of the way, it's also clear that he's read, and taken to heart, all this mockery and criticism pointing out his various tics. In about eight hours you'll hear maybe 2 minutes of Burial, used mostly as background music rather than big needle-drops, and his stock phrases are few and far between. Except "power", because that's the subject. Whether he also saw my constant tweeting about his nineties work is an open question: he returns to the questions examined in The Living Dead, even re-using a good deal of interview footage. Whatever the damage to his ego, it's done a lot of good for his filmmaking: when he does give in to his tics, they're deployed to great effect.

This is also his most nakedly political film. Having generally demurred in interviews when asked about his own politics, and remaining studiously negative in his earlier work, this opens and closes with a quote from the late anarchist and anthropologist David Graeber: "The ultimate hidden truth of the world is that it is just something we make, and could just as easily make something different". The closest thing to heroes this film has are Afeni Shakur, the Black Panthers, and their successors: it's implied his optimism has been provoked by the Black Lives Matter protests of 2020, who lie outside his information-control-theatre mutual constitution of liberal Russia conspiracies and QAnon. His critique of individualism also seems to have more nuance to it now: some of the most appalling archive footage is of a transwoman having an appointment with the psychiatrist who is keeping her from getting gender affirming therapy; he is simply monstrous, repeating all-too-familiar transphobic talking points. The final suggestion of the film, drawing out the lesson of Afeni Shakur's self-defence in her 1971 trial, that ultimately we just need to be brave, trust in our own strength, and not give in to the suspicion that others are weak and easily manipulated may not be very daring or very new, but might just be what we need to hear right now.