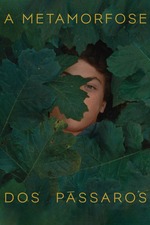 The Metamorphosis of Birds 2020

"Painterly" is maybe over-used to describe the look of a film, but in this case is hard to escape: Catarina Vasconcelos's debut feature is defiantly so. Her essay-documentary-art installation is trying to capture a kind of transubstantiation in objects and places through memory: her grandmother's hands peeling an apple in the kitchen, the maritime memorabilia brought back by her grandfather from sea, hide-and-seek in a kitchen cupboard. The medium and the mise en scène clearly suggest a year before - perhaps long before - 1980; the first mention of any modern technology comes 20 minutes before the end.

But this is not the kind of moodboard period styling seen in, say, Tinker, Tailor, Soldier, Spy. These are rooms, and places, as you remember them, made numinous in your memory by time and numinous on screen by Paulo Menezes's beautiful 16mm cinematography. Neither does Vasconcelos allow herself to be limited by an adult adherence to the facts. Adam Phillips has called the idea of home a "childish one, in the best way", and here she does something similar, using poetic changes of names and events, and a touch of magical realism, to help us briefly inhabit this idea.

Cinema of memory and time seems even more dominated than normal by male filmmakers: a film so directly concerned with motherhood and what mothers pass down to one another is hugely refreshing in this context. I look forward to what Catarina Vasconcelos does next.