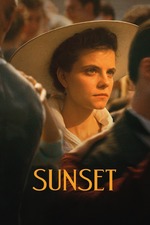 I have to say that director László Nemes, whose previous film Son of Saul I adored, flummoxed me on this one. I wasn’t the only one in our group of a half dozen LB TIFFers either. In fact, of the group of us, I was the only one who managed not to nod off ( although it was a struggle ).

I loved his debut feature, Son of Saul, and the texture and style is similar here. Where I think things went off the rails for me was my focus on the top level story; a young woman returning to her dead parents hat store to work there as a milliner. She is rejected, but without any clear reasons by the new owners. There is a past … what became of her parents .. that is continuously teased but never explained. There is the reveal that she has a brother, and that he was treacherous, and the remainder of the runtime is spent with people telling her to 1. Leave Budapest and 2. Don’t go try and find her brother. She does neither, of course, and the cycle continues and continues and continues. Many unsavory men … who maddeningly look somewhat alike, both facilitate and thwart her quest for familial reunification.

After the screening, and after the director’s comments and Q&A, we had a discussion amongst our group over dinner, and then I began to think of the story, and it’s protagonist Írisz Leiter, were purely metaphorical. Thinking in these terms, I’m beginning to appreciate the film more and more as the hours pass.

I’ll have to do a bit of historical reading about the Austro-Hungarian empire in the early 1900’s before attempting a re-watch so I can better unpack what is a much more dense story than I originally expected.

I'm leaving this unrated until then.