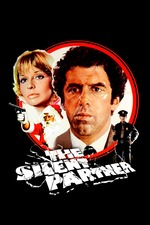 I remember it was a very hot end of August day back in 1977. I was 18, and I had just recently moved in with my girlfriend at the time. She and I worked together at Rogers Cable … her in the community channel as a playback operator, and me in the Hotel Pay Per view division doing the same job. For extra cash, she would occasionally work as an extra on movie shoots. She told me she was going to be working this day on a film that was being shot in the newly built Toronto Eaton Centre. The Eaton Centre was about halfway between our apartment and work. I was working the evening shift that day, and decided to leave for work a bit early so I could drop by the Eaton Centre for a peek at the goings on. My timing was perfect, as they had just cordoned off the main escalator between the 3rd and top level of the mall ( something I was amazed by, as the mall was new, quite an attraction, and packed at the time ). What also amazed me is that this end of the mall was decked out with Christmas decorations. After a few minutes, the shot begins, and someone in a Santa Claus suit mounts the escalator going up ( surrounded by people … including my girlfriend ). The take lasted about 2 minutes, and wasn’t repeated. They started a setup for another shot, but by then it was time for me to mozy on to work.

Rogers Cable had a tight relationship with the Canadian film industry ( hoping to get a Pay Per View license one day ), and because of that we would get Canadian films for the Hotel Pay Per view division pretty quickly after release. Our movies would change at the beginning of the month, and I’d usually watch at least one showing of each new release we broadcast. I was always a bit aware of Canadian films, though, as they often suffered the ‘Canadian Look’ in production values. Many that suffered this shortcoming I loved, like Outrageous and The Little Girl Who Lived Down the Lane, but it was obvious they didn’t have the budget of their American counterparts. Sometime in Winter 1979 we got a film called The Silent Partner.

As the film opens, I see Elliot Gould as a bank teller bantering with Sussanah York. Cut to an exterior shot of the bank … hey, that’s the TD bank in the Eaton Centre, then a pull back to Santa ringing a bell, collecting for the poor. Hey! That’s it!

Not because this was a film I had casually observed a single shot of, but rather that this was a world class, edge of your seat thriller. It didn’t look Canadian at all. Gould, and fellow Canadian Co-Star Christopher Plummer played their cat and mouse game to cinematic perfection with expert support by York and Céline Lomez ( another Canadian, and an actress who I immediately fell head over heels in love with ). There’s even a lovable bumbler played by John Candy, in one of his first film roles. It really comes down to Gould and Plummer, though, especially Plummer. He plays one of the best psychopaths I’ve ever seen in film. There are two particular scenes ( one of which the director refused to film .. and was added later after shooting finished ) that cement his portrayal of Reikle as one of the scariest villains ever.

While a hit in Canada, and despite glowing reviews in the States and Abroad, the film never really reached a broad audience. This is a crime. According to IMDB trivia, Gould arranged a private screening for Alfred Hitchcock, and he reportedly loved it. That love is deserved.

Apollo 11: First Steps On the Moon