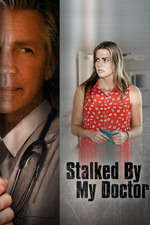 I gave this tawdry little turd a whirl because I needed a palate cleanser. Though it was marginally engaging.....the way that a glance at National Inquirer is while standing in the checkout line, it ultimately made me deeply thankful I don't connect with offerings like this. Sorry. Don't mean to be a snob.....but DAMN!

Cinematic survivor extraordinaire Eric Roberts plays a doctor who is ridden with pathologies. He's a brilliant cardiologist but has hands of stone when dealing with ladies in a romantic way. He's kind of an anti-womanizer. This is probably because he's a lonely, narcissistic guy who creeps women out, despite his wealth and status.

Problem is, the characters in the story (including the victims) are so one-dimensional and basic that there was zero investment on my part. Roberts' character also gets miniscule character development. He is just a reptilian guy who is creepy.....end of story. There is a flaccid attempt to be topical in a scene about distracted driving but....how much of an issue is it for boring, shallow young women to be stalked by their surgeons?

Honestly, I've seen gialli, slashers, vampires, witches and all kinds of bald exploitation films in my cinematic journeys....but this was one of the few films that made me really want to take a shower after it was over. BLAH!

And there were four sequels! Kudos to Eric Roberts. Dude, as a working actor I'm glad you got this gig. However, I'm banking off after this installment. Cheers!