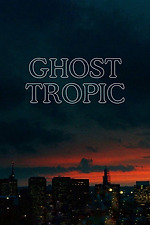 Gentle, in awe of the beauty of streetlights and the calm that can arrive over even the most urban of areas in the dead of night. Extends great empathy to its slightly naive/behind the times protagonist (who probably gets a shopkeeper beaten to death by some police) and takes on her curiosity for the world. Not much more than a pretty detour, but that's all it needs to evoke. A beautiful scene that has stuck in my mind: she watches her daughter as the latter waits for potential romantic partner to arrive; we watch, amused, as the daughter tries out different seating positions that might make her look appealing or cool, and this is relatable, so much that the mother, previously mortified that her daughter may be out so late, simply leaves and let's it be. Just like us, she becomes a passive, contented voyeur.