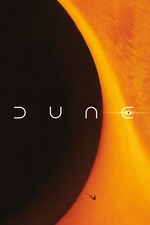 After a decade of building a highly versatile, yet somehow recognizable English-language body of work, tackling Dune kind of feels like the inevitable apex of Denis Villeneuve’s career.

Villeneuve’s films have kept growing and growing in ambition and magnitude to the point where he’s basically on the same playground with Christopher Nolan. And yet, Dune is, unsurprisingly, his grandest film thus far.

Just as with his previous two efforts in the same genre, it’s not just the sheer ambition of it all that is admirable, but the incredibly careful, subtle and sophisticated way of handling such grandeur.

I haven’t read Frank Herbert’s novel or seen David Lynch’s adaptation for that matter, but even for a Dune virgin like me it’s obvious that Villeneuve takes his time to tell this story and it pays off.

Technically it’s a stunning piece of work, it looks and sounds wonderful on the big screen. When it comes to set design, it largely takes place in the same cold, undecorated, minimalistically futuristic universe as Villeneuve’s previous scifi films. And same thing could be about the bombastic, heavily atmospheric sound design.

And when it comes to the star-studded cast, I was surprised about how much it centers on Timothée Chalamet, while everyone else take the backstage. Chalamet’s performance feels comparable to that of Ryan Gosling’s in Blade Runner 2049. It’s obviously not nearly as stoic and reserved, but similarly not the most central thing but still effective, and an important figure in the film’s success. Of rest of the cast, it’s probably Rebecca Ferguson who has the most notable role.

Dune will, expectedly, be remembered as one of the most memorable, important films of the year and yet another triumph in Villeneuve’s already incredible résumé.