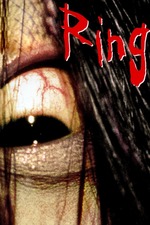 8.3 - A minimalistic approach to horror that maximizes its effectiveness, Ringu is a classic horror film that is so era-defining, yet it stands the test of time.

VHS tapes, landline telephones, CRT televisions - these items are so outdated that it is almost nonexistent in a typical household today, yet Ringu brings an irrational sense of dread to them with such effective manner. Ringu works because of its minimalistic approach to horror. There were very few big jumpscares, but the film manages to convey a sense of dread through every single frame with unusual framing. The film also creeps on its audience with its unsettling score that is used so sparingly as a motif to great effect. Despite being memed to death in popular culture, Ringu is still an effective horror film that excels at building atmosphere and tension.