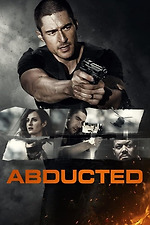 It starts off as a below average but watchable derivative action flick. Ten minutes in, you can not possibly imagine how breathtakingly awful it will get.

IT GETS SO BAD.

These are truly some of the worst action scenes I've ever seen. Think stage combat in a high school play.

They're as bad as the acting.

Not the leads, who are generally bad but fine-ish, but the small roles; that's where the magic happens. The tattooed junkie the detective questions and the busty secretary who blows her off? HOW were these the best actors available? Random people off the street couldn't have been any worse.

They randomly throw in villains at the end without rhyme or reason. There is not even an attempt at a cohesive plot. WOW.