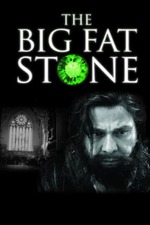 I know Frank D'Angelo as a guy from a commercial for his own brand of frozen mini onions... In the commercial, he would show a great recipe to use his bag of frozen baby onions in.... and he starts by getting the pan nice and hot and adding SALT, first thing. Every great cook knows you want to salt that hot, empty pan first - season the hell out of that stainless steel.... alright, now that your sodium is red hot, you want to DEGLAZE THE PAN WITH WINE!! WHAT. THE. HELL.
He adds the salt first, which is the thing you're supposed to add last.
He deglazes an empty pan with just salt in it.... for those who don't know, deglazing is when you cook meat or vegetables on a pan and it leaves brown crusty cooked bits on the hot pan - you splash wine or broth on the hot pan and it instantly boils and bubbles up, releasing those flavorful browned bits from the pan as part of the sauce-making process... but Frank deglazes a clean pan. Then you dump your frozen shit in it and voila, you have freshly prepared salty mushy wine sadness in a pan.

That's where I know Frank from, and for whatever reason, this man keeps popping up randomly on TV - this is one of a bunch of movies he's made... but the best part about this movie is the wonderful addition of Margot Kidder at the end - she lurches around, aggressively getting people to uncork champagne, and (this is the very best part of my entire week) she eats strawberries and cream like a wild animal. Let me try to explain:

There is a scene near the end where friends are all hanging out together at a house, and there's a big plate of strawberries with a big bowl of whipped cream for friends to dip socially and enjoy with their glasses of champagne. We follow Frank to the bathroom for a minute and when we return, without any explanation, Margot Kidder has a heaping handful of berries and whipped cream in her bare hand, with the cream dripping from her fingers and down the length of her arm. She awkwardly slops up the cream over several shots, diving her arm back into the whipped cream bowl and hanging her hand above her mouth to slurp at the mess in her fist, just going to town like a raccoon or a chimp while other people continue to say their lines and try not to make eye contact with her... it is shockingly random and happens despite of the film... this was their best take. While the whipped cream melts down her arm, she goes full-Gollum when a bottle of liquor is (VERY slowly) getting opened.... it's a whole mix of emotions watching it all happen - sadness, hilarity, awkwardness, horror, shock... it's like the emotional finale to the movie is happening by accident.

Thank you FFX Canada for your late-night daily Canadian content quota. This must have cost you at least 50 cents in broadcasting rights.