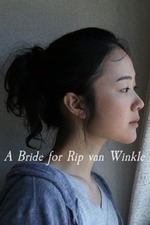 a truly wondrous film -- a cinematic spectacle that lets you mouth-agape devour it in a freewheeling, late malick sort of way, except with a much more concrete storyline. well actually, several storylines in the course of the 3-hour cut i watched. maybe it's because i had no idea what i was walking into (just read the letterboxd synopsis, which is misleading and gives away almost nothing), but i was surprised at each turn, even within a single 'typical' scene that you would expect to go one way. by the end of the third hour, i couldn't believe it was the same movie i had witnessed in the first hour, but it never feels incoherent. it's so weird and beautiful! feel blessed to have discovered it thanks to a random one-off screening at village east cinema. hope more people get to see it soon.