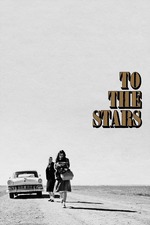 Tackling issues copious films have covered in the past, but maybe that makes it more impressive, because it’s still emotionally resonant and moving despite much of the narrative playing out in predictable fashion. Really good lead performances will do that, and a great sense of the repression and inescapability of late 50s/early 60s small town America, where the idea of “the city” still retains an aura of sophistication and complexity to everyone, and it truly feels like an impossibility to escape, especially when society has insisted that there’s essentially only one way for everyone to live. Has a couple of scenes that really needed a less on-the-nose rewrite, but I liked it a lot. I guarantee you the two lead actors will make you go “argh, where do I know her from?” for the entire runtime.