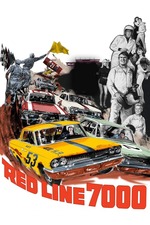 WILD CAT JONES! A really fascinating Late Hawks movie with all the precursory camaraderie, competition, and community one expects. Hatari!’s had its European melting pot, here is a generational melting plot between young guys and old guys—Gaby has no problem telling her lover Dan that she can have someone else while she goes after young James Caan, while Dan wants the equally old fashioned Holly McGregor who believes in superstitions. Meanwhile, the bar is equally split to old guys drinking beer on checkered clothed tables and the young guys and gals dancing to Beatles-esque music (the racing footage is perhaps the least interesting thing here—none of the low angle close-up shots like Hatari!; Dave Kehr rightfully calls it “flat and dull”).

Three scenes stand out among the usual Hawks pleasures (of which there are many): the aforementioned song, one in which the bar girls all get their own version of a Hawksian hang out scene, and the ending with the reveal of Ned’s lost arm—who will still race with the help of a hook—and then a final crash. Most Hawks films conclude with a chipper “man’s gotta do” pronouncement in spite of it all (Only Angels Have Wings, The Dawn Patrol etc), but here Hawks’s acknowledges the horror and the consequences of this masculine lifestyle in a way that emphasizes the futility of it all. As Robin Wood writes, “It isn’t the car of one of the character we know, but the image fixes in our minds the sense that it might have been any of them…and may be, in the next race.”