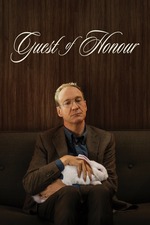 David Thewlis is so good in this, so unique, his performance is almost revelatory. The problem is with every single actor surrounding him. A very serious problem given that half of the story revolves around his daughter, played by Laysla De Oliveira, who seems to have one expression, one portrayed emotion: stern anger. Not the nuanced mix of grief, regret, and self-hatred that the character requires with a screenplay this dense and filled with surfaced tragedy and strange dynamics. Some of the things she says and does simply make no sense, particularly in conversation with her father while in prison. The legal aspects have the same issue, nonsensical. The only other performance that is admirable is a lone restaurant owner, in a transfixing scene, where he is convinced and pleading to Thewlis's lonely health inspector that someone has purposely let a rat loose in his restaurant as a form of sabotage. The lack of talent seems to be correlated not to weak directing (there are some incredibly poignant choices made) but miscasting and sloppy narrative, therefore mismanagement of character. Egoyan touches on all his classic themes: video recording, children's emotions, fractured family, visceral memory. Reflections and walking through doorways, life illustrated through screens, brief glances with raised eyebrows. In what could be a return to form, it instead falls not necessarily flat but ultimately half enthralling and half incredibly disengaging and generally off.