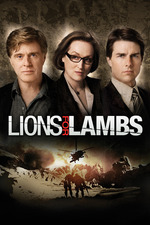 We watched this movie in “Democracy Class” at my highschool. It’s a pretty depressing movie, not because of all of the people in power screwing over and causing death among innocents. Yes that’s what the title is a reference to, and the theme that is thrown into your face for the entire movie. We already know that is happening, and at a much bigger scale than showcased in the movie although most people choose to kinda just not think about it. The most depressing part is that everyone who cares about it and realizes all of the horrible shit going on basically just accepts that it’s the way things are. The most anyone does, and what is seen as commendable is making small changes and taking personal responsibility in ways that don’t fundamentally change anything. Everything is viewed through this lense of disenfranchised neoliberalism where  everything is horribly depressing but you should just do your best to tone down the adjective a little bit and make it very depressing instead of horribly which itself is a horribly depressing worldview. Complacency with revolutionary aesthetics.
Putting aside my personal qualms with the movies message, I did really enjoy the Student-teacher section of the movie from a narrative perspective. The dialogue is very tight, and Andrew Garfield’s character and problems should be thoroughly relatable for any young person coming to grasp with the realities of the adult world. The Sentor-Journalist section is very bad, Tom Cruise and Meryl Streep really feel like Tom Cruise and Meryl Streep rather than the characters they are meant to play, and the dialogue is completely unrealistic. This script was originally written as a play and it shows, you really have to suspend belief to get into it in this section particularly. The war section was unnecessary and terrible. It simply was not needed, as everything that happens is talked about in the characters in the other sections, and it doesn’t add any flair or action to the movie either. The war scenes are so dark and filled with shaky cam that you can’t really even tell what’s happening other than the trite and overdone “war dialogue”. The student teacher scene is very well done and continued periodically throughout the movie which made up somewhat for the other shortcomings so I don't hate this film from a narrative perspective. It averages out to a pretty average political drama with some odd and innovative aspects, and I’ll let that influence my rating more than my political problems with this film.