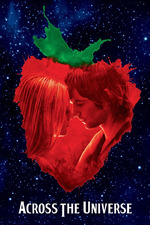 i thought for sure this is something i would’ve liked more, and while i can appreciate what it was trying to say, i’m just not a fan. there were moments i definitely liked but the runtime felt ridiculously long for what it was, and mostly i felt the time dragging and feeling uninterested in what was happening in the story. i honestly had no idea going into this that it was basically a musical set to the beatles, and while i’m not a huge fan of their music, some of the arrangements were fun, but there were others i definitely thought weren’t great. i really enjoyed some of the cinematography and visuals, especially when things got really trippy and psychedelic, but i think it weakened the point of the story sometimes. overall i think this could’ve benefited from some structural changes and tighter editing, and it could’ve been a way better film. to me, while there wasn’t anything i outright hated, it was just okay and not really my thing.