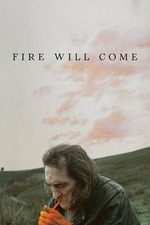 “If they hurt others, it’s because they hurt too.”

In the scorching heat of Summer 2005, the Black Tuesday fires tore through South Australia’s Eyre Peninsula, including parts of my hometown, which, until this day, are still physically scarred from the destruction. Fifteen years later in the scorching heat of Summer 2020, another series of severe bushfires reignited, only this time spanning across seven states that resulted in the worst wildfire damage the country has ever experienced, also having a devastating irrevocable impact on the precious flora and fauna that breathes life into the land.

And now, at the beginning of a new decade, in a time where the idea of a promising future is becoming more delicate by the day, broken spirits are attempting to heal like the wounded ecosystems surrounding us, while the ever-present threat of reoccurrence is always looming in the horizon.

Capturing that precise fear that lies dormant until the unrelenting powers of the universe decide to take action again, Oliver Laxe masterfully exposes the fragility of human nature up against the angry force of Mother Nature itself. Opening with haunting imagery of serene forests sleeping under the night sky whose peace is soon disrupted by the approaching rumble of land-excavators, the underlying theme of Laxe’s feature is quickly unearthed as the army of barging tractors come face-to-face with a colossal tree trunk that no ordinary piece of man-made machinery could ever tear down – and it’s in this moment we realise we are watching something unique.

While planted firmly in realms of earnestness, Laxe brings a welcome lightness to his film by using the presence of animals, which contains several endearing sequences performed mostly by an obedient family of cows and a German Sheppard named ‘Luna’. Perhaps the most memorable of those being the moment we watch a rescued cow riding to safety in the back of a truck while the sweet melancholia of Leonard Cohen’s ‘Suzanne’ plays. Needless to say, the innocent beauty of this moment (and many others for that matter) is heightened by Mauro Herce’s sublime cinematography, who projects a stark authenticity throughout the slowly unfolding narrative by using every opportunity to saturate each frame with intense colours, from the beaming tangerine rays of sunlight to the deep emeralds of vegetation blanketing the hills.

Less interested in the dramatic sparks found during human conflict than the fragments of disquieting energy that remain thereafter, in just a taut 88 minutes, there's a whole lot of silent beauty and sadness that collides which makes Laxe’s final message loud and clear; in the eyes of nature, we are nothing but floating embers in the wind, whose burning edges will fade away well before our time comes to rest in the soil beneath us.