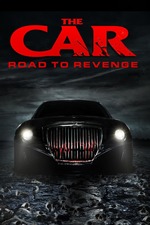 The Car: Road to Revenge

The original "The Car" is an enjoyable, supernatural horror. It makes you take some things for granted without explanation, but they're not needed.

Road to Revenge is as far removed from the original as possible. Awful acting, terrible CGI & bad practical effects, all circling the drain which is clogged with the bad script.

How was this ever greenlit as an official sequel?