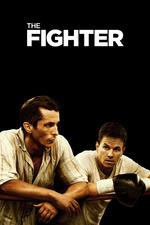 It's a well-acted film. Even Mark Wahlberg is good in this. Christian Bale is obviously exceptional. I got really hooked unto these characters, they're well-written and performed, they seem like genuine characters with flaws and motivations, and the narrative they go through is compelling. And that's basically why this film works so well for me. Great direction, great writing, and great performances.

Other than that, the cinematography by Hoyte van Hoytema is visually stunning (now I felt like that snobby movie-goer). It's also very sharply edited by Pamela Martin. It has a sharp pace but lingers when it needs to and it has some very effective transitions.

I guess I have one or two complaints. The soundtrack doesn't really fit the tone of the film and it uses some songs way too much. There are some boxing scenes here and there that are very poorly choreographed.