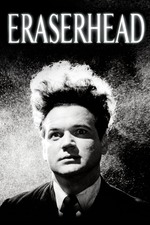 Too easy to sum it up as David Lynch is insane, pretentious, or indifferent to the audience, this is a wonderfully rare movie that makes me jealous for all the discussions groups have had that I’ve missed about the film right after it’s finished. Each room breathes with distinct lungs; it’s loud at first, but once you’ve accepted it, it’s the silence after that which feels the most jolting.

Henry is a sheepish, indecisive child-like man who prefers to be an observer way more than an initiator. While he’s surrounded in a world of interesting personalities, he doesn’t seem too invested to take any of them in for himself. Mainly, first time viewers will be sharing the similar feelings that are expressed on Henry’s face, witnessing an uncomfortable world that’s only identifiable through the familiar pieces and objects while not particularly grasping their functions in this distorted version of reality.

Once the film is done, it doesn’t feel essential in figuring out what it means and why. Due to its originality and surreal ambiguity, Eraserhead can be anything you want it to be about. It will inspire a lot of copy cats who will recognize its imaginative surface, but possibly overlook its emotional core that seems to be coming from a deep, genuine place of insecurity that strange enough, most people know very well.