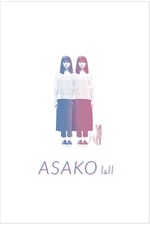 A rich film in story and acting. Asako I and II is a story about an unusual love traingle. Although I have an aversion to long dramas this film is unique

Asako is a girl who meets Kaji, a mystical boy who she dates for a while before he leaves her while buying bread. Some years later she meets a boy named Ryoji who is the carbon copy of Kaji but he is a charming but a little dull character. That is the story of this movie. But in the manner in which its told is visually brilliant

And the acting is impeccable, the main actors to the supporting actors all of them have substantial screen time to leave a long lasting impression on the viewers.