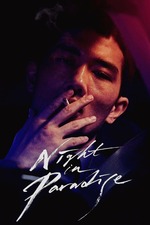 Even after watching this film, I can't comprehend how great it really was. I am at a loss of words right now. But I will try.

The film follows a hitman in hiding from gangsters after he took out his rival gang's boss. In hiding, his path crosses with a terminally ill woman. From here, the story forms.

The film manages to present some captivating characters whether it be the quietly charming hitman to the pessimistic woman to the ruthless gangsters. All of them are perfect and complete characters. It also helps drive the fact that the acting too was sublime.

The film is also enhanced due to amazing cinemotography, natural lighting and saturated colour grading giving of this somber tone and atmosphere.

The story might be a little slow for some people but for me it was a perfect pacing.

The action sequences, although in smaller doses than the riveting drama, were excellent choreographed and relentlessly violent especially near the end.

Overall, a very gloomy and bleak film that was as thoroughly entertaning as it was heartwrenching.

Just a side note for a reminder, the film is shown in Letterboxd as a 2020 film but it was actually released in South Korea in 2021 and available to watch in 2021, I will be couting this as a 2021 film.