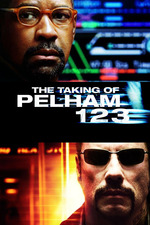 Wanna get this out of the way before reviewing this. The original was far better and superior than this one.

Anyways, first of all the modern take on the story is a nice way to change things up such as the introduction of the internet and stuff. The performances of Denzel Washington is spot on. He never fails to impress me even in a bad movie. He is always the highlight.

Even though the film is hugely entertaining, it's still full of unnecessary story details, sometimes crass dialogues and the story has such weird decisions. The biggest thing is though is Travolta. He is such a hit-or-miss actor. This is more of a miss. Coming off so goofy and chatty just makes him really annoying. They tried to deter too much from the original that it tried to change the whole essence of the film but it stuck out like a thorn.