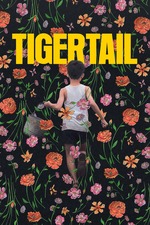 Master of None Season 2 is one of the best seasons of TV I’ve ever seen, so I had high expectations for Alan Yang’s feature directorial debut. I was pretty disappointed to find Tigertail just, “ok”

There was so much potential for greatness with the inter-generational story of a young Taiwanese man, who immigrated to America, and his family. Beginning with the Taiwanese-Chinese conflict and making its way all the way to modern day America, this should have been an epic tale of immigration and love for family. Unfortunately, I found much of Tigertail to be too bland.

Tzi Ma (The Farewell) gives an understated quiet performance, but I wish he had been utilized better by the dry script.  The film jumps back and forth between when he was younger and present day, but the jumps seemed unearned and sudden.

I do think Tigertail is an important film; I can’t remember a film I saw that told the American immigrant’s story from a Taiwanese perspective. I studied in Hong Kong this year and saw a similar situation rise up there to what Taiwan has experienced with mainland China. One of my best friends got to take me to Taiwan to show me his home, and it was clear everyone there is extremely proud of where they’re from. You can at least tell this film was very personal for Yang. Tigertail is by no means a bad movie, I had just hoped for more.