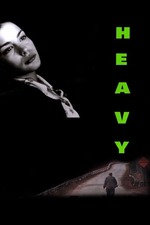 I've wanted to see this for a while because it boasts a rare Evan Dando acting performance! I love Evan Dando. Combine that with Thurston Moore doing the score and this is extremely up my musical alley. It's also interesting that this was James Mangold's first film - I haven't really gotten any sense of his filmmaking personality at ALL from the other films I've seen, but I certainly wouldn't have expected his debut to be this sad, sweet, mumblecore-adjacent film about a shy cook at a diner and his unrequited crush on Liv Tyler.

It's not a film where a lot happens, but the performances are good (well, Evan's not great... but he sings a few songs and all is forgiven) and there's a gorgeous small-town atmosphere that I really enjoyed.