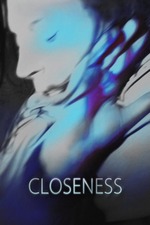 Closeness is its own titular role that is seen throughout the film's cinematography. This isn't merely a close-up film but more of a claustrophobic one in which characters crowd the entirety of the narrow aspect ratio that sometimes cover entire rooms.
Closeness also plays its role in the family turmoil, which is ultimately what makes this film. This is not quite the ''ultra realistic foreign film about getting money in a race against time'' that we've seen done in Two Days, One Night or Félicité like the synopsis had me believe. With the progression of the plot, Closeness unravels its true narrative intentions revealing very ambitous filmmaking. This is Lady Bird, Mustang and Loveless rolled into a tough to swallow braciole.
Big fan of the colour coding and symbolism (especially in the last moments of the film) but where the film nearly lost me completely is with its very disgusting (ACTUAL) snuff film sequence that I feel I should warn potential viewers about. While this sequence does lead somewhere, it's not completely gratuitous, this isn't nearly explored enough to warrant such an extended sequence. The on-screen text was very, very odd but I'm still deciding if it's good or bad