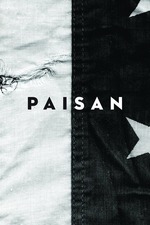 "I think one can really be at peace with the lord without removing themselves from the world. After all, it was created for us."

Logistics of war and the human costs surrounding them. Firstly, in revisiting this film after a few years I hoped I would have more concrete, articulate thoughts about it - as that old cliche goes, one is supposedly more impulsive and emotional when they are younger. Yet, my response seeing this as a 26 year old in 2017 was almost identical as it was to seeing it as a 20 year old in 2011. Different episodes (1 particularly) do nothing for me, while some hit me in ways never before (4), but even if there were parts that didn't work, the cumulative effect is astonishing. I don't know what the film has to say about war really - even Bazin's words on this film seems confused! There are themes which persist - the miscommunication between language as a barrier, but always driving to a common, almost animalistic humanity. Once this common humanity is revealed, there is always one that acts in pure impulse, linking the emotional reaction of our common humanity with that of understanding through reason. These logistics drive us like a map, taking us from South to North Italy, yet the film moves as though a circle - in episode one Germans kill both an American soldier and an Italian girl he was protecting - the Americans that find the body assume the girl did it. By the films close, American's die with their Italian paisa as though in solidarity.

Paisan is one of the heights of theoretical humanistic cinema: a film about people from antithetical cultures who cannot communicate, but do: perhaps the romance of Vidor's The Big Parade (a huge influence on Rossellini) expanded to a film in itself. Who are we to identify with - the American or the Italian? The answer is none: if we choose to identify, we risk missing the other side, and thus risk missing the commonalities between both. For example - if we are to identify with the black soldier in episode two, while we will surely catch the surprising extent of discourse on racism, we may miss that the soldier is completely unaware that the rubble he sits on was because of several years of American/Allied bombing - only an Italian viewer would have caught this. Or if we choose to sit from the outside. So of course the Italians of this film also distrust the Americans - "You Americans and fascists - all you people with guns are all the same!" And Americans and Germans do say the same things - in episode three the romantic American soldier states "You have to destroy to build something new." In Episode six, the contemptuous Nazi officer will state, "We are building a new civilization to last 1000 years, but to do that, it is necessary to destroy everything that came before."

What is the difference between the two, then? The answer is by who allows discourse, and who does not. The Germans do not. The quote which opens these notes comes from episode five - a sequence that is solemn, set in a monastery, separated from the war - Americans and Italians, rather than engage in battle, engage in the sharing of theories, even if initially antagonistic. The ultimate truth (perhaps, as we will see in Rossellini's Flowers of St. Francis, the 'new' reality') comes not from deciding on a correct theory, but to tolerate each others. This sequence ends with an American priest impulsively stating how moved he is by such action, and by the end of episode six, Americans, once antoginistic, bringing a black market to Italy, having killed just as many Italians as the Germans and Blackshirts, will now die with for their comrades.

The ultimate collision at the end of each episode is the collision of love, love as though siblings, yet not of blood. As with each Rossellini work, we must find a new truth, a new reality. Here it is that our basest animal impulses can be determined, if not wholly fed, by our potential for rational and tolerant behaviour. And this makes it one of the greatest films about war. It flies in the face of even the shocking coldness of the endings final text - the war ends just like that, all the bodies lost were meaningless. Yet what we have seen beforehand tells us that this is not so.

Out of the Past