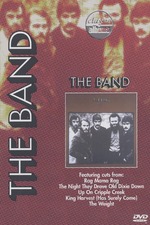 Classic Albums: The Band - The Band

The Classic Albums series are always pretty intriguing and I always learn something cool when I watch them. No difference here, except it seems strange that they chose to talk The Band sophomore self-titled release instead of the slightly better "Music From the Big Pink". I say this because they spend a whole bunch of this documentary talking about their most famous song "The Weight" which isn't on album. I don't mind that they reviewed "The Band" - both their albums are fucking masterpieces - it just seemed a bit strange that they talked about "The Weight" so much.

With that minor whinge out of the way, I really did like listening to these guys talk, particularly the late great Levon Helm and Rick Danko. Robbie Robertson got a bit annoying after a while, but I could listen to those other two talk all day.

Anyway, I fucking love The Band.
The End.

Anchorman: The Legend of Ron Burgundy