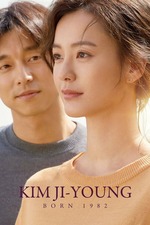 • Kim Ji Young, Born 1982 tells the harrowing and troubled story of a woman in her 30s. She tries to balance work and family by circumventing gender bias and discrimination at all stages of her life. The interesting thing is that we can also follow stories of women that she met or lived with. Throughout her life, Ji Young absorbs a series of problems present in this conservatism, and it is as if without even realizing it, it becomes a bomb about to explode. The story is capable of touching different women, at different ages due to the fact that it explores the concerns of different characters, exposing the social pressures present in their daily lives. The topics covered are many: patriarchy and the preference for male children, women as the sole responsible for domestic care and child rearing - while being criticized for having chosen the “easy” life of raising children and not working outside the home. . When she chooses to work, she is criticized for abandoning her children, which, according to some people, can result in aggressive children and a series of other absurdities.

Kim Ji Young is masterfully played by Jung Yoo Mi, who reveals her deepest pain and emotions to the point of touching the viewer and making him feel her frustrations and all the weight she carries.

In addition to the theme, something that really caught my attention, is how the story is told here. Even with criticism from start to finish, the beautiful and delicate scenes deal with the heavy feelings of the plot, the events are dynamic to present the viewer with several stages of this process of construction of the main character. The dialogues are excellent, even if, in most cases, they are simple and succinct. Allied to a beautiful cinematography and with an artistic touch, the objective of the story is clearly conveyed and we can connect emotionally with the characters. The narrative makes us see with the eyes of Kim Ji Young, moves us and invites us to reflect on gender discrimination, prejudice and the role of women in society. As much as they tell us that we can be and live the way we want, is it really how it works in the real world?

I'm a Cyborg, But That's OK