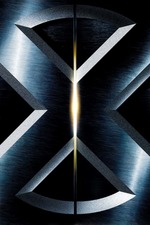 I think it is somewhat easy to forget how seriously the X-Men films started out. Pretty much immediately, we are thrown into an Auschwitz death camp and bear witness to a young Erik Lehnsherr being torn away from his mother. X-Men is making a very clear statement of intent; this is not just some light entertainment to throw on for the kids. This is serious, compelling drama.

For the most part, I think it does succeed. At the core of this film are compelling characters and it is a credit to how well realised they are in this debut theatrical turn that they made such a lasting impression throughout the 20 year running franchise. Like all the best team stories, this picture picks a few core players to build its drama around which means that the paternal dynamic between Logan and Rogue is what largely carries us through. Second to them, we have the legendary, veteran team-up of Patrick Stewart and Ian McKellen as Charles Xavier and Erik Lehnsherr leading their respective teams and offering up excellent performances that bring further life and credibility to the world of the X-Men.

What hinders this film, for me, is ultimately a bad case of pilotitis; too much set-up and not enough of a story. I appreciate allowing so much time to get to know these characters and to effectively build the bigoted, bleak world that they live in but what we lose in its place is a strong and compelling, standalone story. X-Men has a lot of strong themes and ideas it contributes to the contemporary political and social landscape but not a lot to building around them. I am glad we hit more of these because, at the end of the day, X-Men holds up for me as little more than a really strong pilot episode for a TV series.

Stray notes: While the revelation that the claws tearing through his skin hurts every time, it is a bit strange that Logan should not be able to move his wrists at all. Some of the CG in the climax is pretty wonky but this film holds up to a high standard. The sequence of Mystique infiltrating the mansion seems to be edited strangely to me. It feels like the scenes have been placed in the wrong order.

I like X-Men. Every time I put it on, I never fail to have a good time. I do, however, find myself fairly unlikely to put it on when compared to much larger scope, better developed plotting and richer exploration of themes and ideas that the best films in the franchise have to offer. Nonetheless; a valiant first effort that really kicked off the modern superhero film.

Born on the Fourth of July