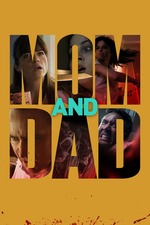 Wacky and silly. A few stupid moments that were so ridiculous and the extremely unique (but probably weird is a better word) storytelling, soundtrack, and style made it kind of enjoyable to laugh at. Main problem is there's a bunch of character building and weird backstory flashbacks that just doesn't really go anywhere, it takes about until halfway through before it actually becomes what you think its supposed to be, crazy parents trying to kill their children with nicolas cage movie. Also a bit politically hmm, buts its crazy mom and dad movie so whatevers.

Would grab a sledgehammer and smash the bed to pieces while singing the hokey pokey if the film tried to eat crackers in bed.