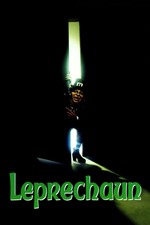 the history of leprechaun, trimark's first in-house production, wouldnt seem to have much in common with the assassination of america's first (and only) irish-catholic president. after all, its not like the film is a cine-masonic mockery of pre-christian myth & attack on followers of the the celtic sun god lugh ("luck") who circled the fae rings of ancient eire, and its prob not important that st patricks day, a minor feast with origins in pagan bacchanal & osiris worship,* was only established as an american masonic holiday by george washington to reward irish soldiers in the continental army. of course, as the first president with both-sides gaelic heritage, john fitzgerald kennedy had a deep connection to his irish roots & folklore, with family histories stretching back to rural "limerick village" - his daughter caroline's pony was even named, no shit, "leprechaun" (seen here** with jfk and, of course, ben bradlee) and his death - "the killing of the king" - can be seen as alchemy of ceremonial murder, an occult ritual designed to induce a mass-trauma mind-control assault on the psychic body-politic of the nation. beyond all that, what could leprechaun have to do with the death of jfk?

i first noticed this synchronicity watching the onscreen death of leprechaun's deputy "tripet," a weirdly similar name & profession to lee harvey oswald's only (alleged) non-presidential victim, officer j.d. TIPPIT, considered by conspiracy theorists to be the "rosetta stone" of the lone-nut story. just like officer tippit, deputy "tripet" stops & questions the suspect only to get immediately killed as the lepster plucks out & replaces his own all-seeing orb ("an eye for an eye, m'dear").

that leprechaun is, of course, warwick davis, who debuted as an 11 yr old in george lucas' RETURN OF THE JEDI, & leprechaun's end credits give "special thanks" to lucas alongside h.w. bush vice-president dan quayle (!). warwick's costar william hootkins, who played x-wing pilot "porkins" in jedi & went on to cameo as military intelligence in raiders of the lost ark, was the ONLY student in oswald pal/confidant ruth paine's 1963 russian language class at st marks academy in dallas (not to be confused w/ st marks in dublin, founded 1757) - hootkins was subsequently questioned by the fbi*** for his relationship with paine, who got lee his job at the texas school book depository & in 1963 was hosting both marina oswald & the alleged "assassination rifle" in her garage (hootkins shared his st marks drama group with tommy lee jones, al gore's yale roomie & oliver stone's clay shaw). the warren report cleared both hootkins and paine of involvement in the assassination.

mark holton, who plays leprechaun's comic-relief manchild "ozzie", was best known to audiences for two 80s comedy roles: francis in pee wee's big adventure and as the guy who yells "it's enrico palazzo!" in the mind control/assassination-trigger comedy naked gun (“We got Reggie’s character from ‘The Manchurian Candidate.’ That’s where that whole notion came from,” Abrahams said, referencing the 1962 thriller about sleeper agents.)****. its also the debut of a then-unknown jennifer aniston, famously rebuffed (on a plane!) by john f kennedy jr ***** (according to george magazine exec editor richard blow (now bradley) who wrote "american son", the bio that gq said "oozed necrophilia").

at this point, leprechaun (the film and the character) begins to resemble a sort of palace dwarf at whom the ruling class can laugh & admire their handiwork. the series mocks their ritual sacrifice. february 1996, exactly 35 years after kennedy addressed congress with his plan to put a man on the moon, another irishman made a cosmic journey: trimark released leprechaun 4: in space. the ritual was complete.

one more thing: in the 50s and early 60s alleged cereal company general mills engineered surveillance balloons for the navy & the cia****** in a corporate division established 1946 by german national otto c. winzen (detained during ww2 for suspected nazi ties). their "project skyhook" was a common explanation for ufo sightings all the way up til summer of 1963 when their "aeronautical research division and electronics division" was bought by the texas-founded, beverly hills(!)-based military hardware company LITTON INDUSTRIES, run by founder charles "tex" thornton, who served in the war with robert mcnarama before becoming the post-war "commanding officer" of ford's "whiz kids" - en.wikipedia.org/wiki/Whiz_Kids_(Ford) - which mcnamara took to the kennedy adminstration as defense secretary - en.wikipedia.org/wiki/Whiz_Kids_(Department_of_Defense) - to be a RAND corp initiative for escalating the war.

tex thornton started litton seeking funding from joseph p kennedy (!!!) but was rejected and ended up bankrolled by the bush/walker-connected lehman brothers. by the early 60s, litton was known in the burgeoning defense contract industry for ignoring the proven money of missile production to focus on aircraft, something mocked as illogical by fellow industry contractors until kennedy was assassinated and american involvement in vietnam ballooned from 16k (nov 63) to president johnson's 1968 authorization of 549,500 troops ("By 1963, sales reached $500 million. An article in Fortune magazine suggested that Litton's success lay in going against the current wisdom. For instance, in its defense work, Litton concentrated on procuring contracts for manned aircraft and let other contractors fight over missile contracts. The U.S. Air Force's need for aircraft turned out to be greater than anyone had previously suspected.")*******of course, at the time ruth paine's husband was working for [donald sutherland in jfk voice] bell helicopters and designed the bell 47

on september 28th, 1963, general mills president harry amos bullis, a close confidant of kennedy adminstration official (& vietnam war skeptic) george ball********, died, just weeks before the assassination. (ball fought kennedy on escalation before becoming an executive at lehman brothers (!) and one of the first american members of the bilderburg group (!!))

at the start of 1964, the new leadership of general mills produced two milestones: the first was a series of lbj-promoting box-top "presidential portrait cards" encouraging kids to "help elect the next president of the united states" ("make sure your mom and dad go to the polls to vote this fall!"). nine were produced, but #1 of series #1 was kennedy, still fresh in the grave, on a 4-pack of "presidents who were assassinated."

the other milestone? the first-ever marshmallow breakfast cereal: lucky charms.

"the ultimate purpose of that assassination was not political or economic, but sorcerous; for the control of the dreaming mind is the underlying motive of the entire scenario" - james shelby downard

* osiris, the green man (!) of egyptian myth, was killed the 17th day of athyr, the 3rd month of the ancient calendar en.wikipedia.org/wiki/Osiris