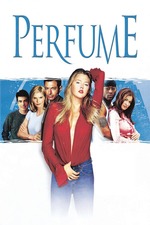 what is this cast?
who is michael rymer?

this is 2000 new york truh a foreign lens as if ferrara passed the bechdel test 10x over. too many names to list, but other than jeff goldblum as scout, jared harris as photographer, and paul sorvino as dying designer, virtually the entire cast is women. interacting primarily with each other only. just go scroll the names cuz i cant list 2 dozen names rn. (check imdb tho cuz lb misses a lot)

5 minutes in theres 3 seconds of background nudity and that's why it's rated R. in a european film it'd get pg13, in most american films they'd either remove it or double down later. this tells you all you need to know about what kind of film you're in for. packed to the brim with faces that went on to star in just about everything between the lot of them, released 10 months before the towers fell, and for some reason sitting at an unreasonable 3.4 stars on imdb @ 800 views.

it's so ferrara that theres even a rapper in the cast, mingling in the italian designers mansion for lunch, discussing ideas for a fashion line. jared harris & mariel hemingway discuss in whisper silence the commercialisation of fashion, design, and creativity as a whole, before booting the entire room of managers, assistants, and journalists to do an intimate no makeup shoot while exchanging childhood stories. (soon followed by omar epps explaining to a room of italian designers how black culture shaped fashion, 'we wore baggy clothes cuz we aint had clothes' - still got goosebumps over their embrace..) this all cuz carmen electra blew em off earlier, in the end she has a montage in times square juxtaposed with dreadhead michelle williams who is almost last-billed in the cast. every exchange so fluid it had to have been improv, which the difference in subtitle and spoken (only checked 2 scenes tho) seems to confirm. just look at the smiles.

if theres one film to represent the purity of true independent american film, this is it. no big name making similar films in the indie circuit rn (assayas, ferrara, the likes) could replicate today what this random australian dude did in 2000 here. shooting NYC from unusual angles, including all the cultures within the subculture he explores. juggling fucking 30 different incredible female actors who all play their part. before there were smartphones & u could post selfies on set, before any of that. young gaby freakin hoffman plays the designers daughter. mariska hargitay interviewing models infront of what i think were the twin towers. the quote ontop is from the retelling of a picasso meeting.

i might've just stumbled across the secret well all these mumblecore folk been sippin out of. (but why 3 stars.. imdb) rly oughta make a series out of these US amazon discoveries, cannes was right saying they're the one big platform actually representing film.